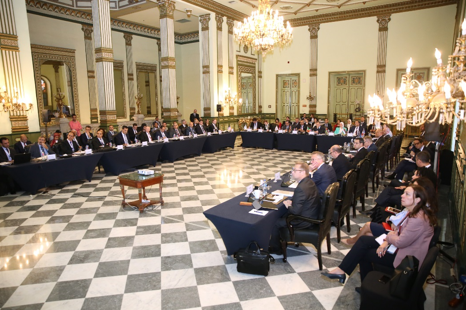 The Gas Industry Advisory Committee (GIAC) conducted its first Meeting in Cairo on November 6th, 2019 with the participation of the EMGF Member Countries delegations, representatives of the United States, France, the European Union, and the World Bank, in addition to the representatives of the GIAC members according to the nominations proposed by the EMGF member countries; projecting the goals of the committee as a platform for member countries governments’ to engage with relevant industry players.

It was agreed that Egypt would be the Chairman of the GIAC as it is the Head of the EMGF HLWG. It was also agreed that initially 3 sub-committees will be formed within the GIAC, namely Technical, Regulatory, and Economic.