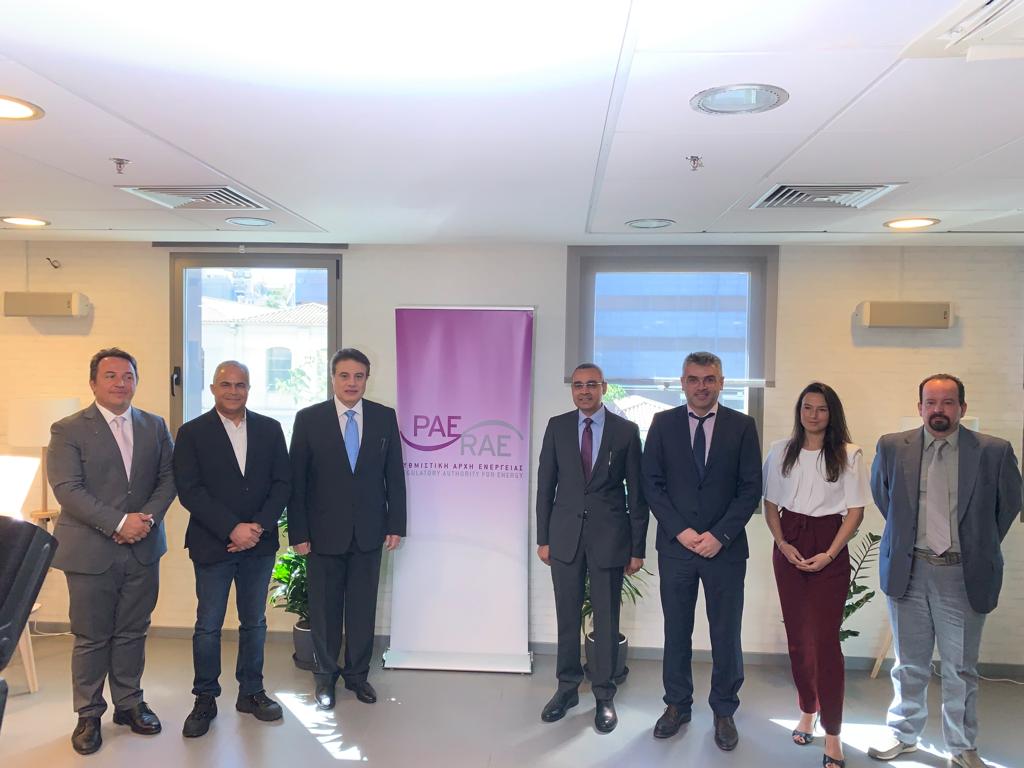 Today, the Presidents and representatives of National Regulatory Authorities from the member countries of the East Mediterranean Gas Forum, met in Athens for the 2nd Regulatory Authority Advisory Committee (RAAC) meeting. This was the first time that the Presidents and representatives of NRAs from the countries participating in the EMFG had the chance to meet also in person.

The meeting has been kindly hosted by RAE, the Greek Regulatory Authority for Energy, in its premises in Athens, with the presence of all top RAAC executives, Mr. Marios Panayides – EMGF EB Chairman and RAAC Chairman, Mr. Osama Mobarez – EMGF Secretary General, and Eng. Karem Mahmoud – RAAC Vice Chairman.

The EMGF is an international organisation of gas producing, consuming and transit countries, which aims to coordinate structured discussions and develop joint initiatives with the objective of supporting and accelerating the establishment of an efficient and competitive regional East Mediterranean gas market. Acknowledging the crucial role of the Energy Regulatory Authorities in achieving its objectives, the EMFG supported the establishment of “RAAC”, a Regulatory Authority Advisory Committee, with the participation of the respective Energy Regulatory Authorities of each EMGF member to share their experience contributing to the harmonization of regulations and policies of gas trade and supply on the regional level.

In their 2nd meeting, taking place in Athens, the RAAC members discussed about the workplan of the RAAC, the existing regulatory framework of the gas markets in its member countries, and about issues regarding energy security and energy transition initiatives, Third Party Access to Networks and Facilities, and Projects of Common Interest.

The Presidents of the NRA’s participating in the RAAC also held a Roundtable discussion, where they had a chance to share their vision regarding the role of the RAAC in regional cooperation and its importance in coordinating the regulatory environment of critical energy infrastructure on a regional level. The Presidents acknowledged the value of a close cooperation between the RAAC members via discussing and exchange views and technical knowledge regarding the regulatory environment and the rapidly changing situation of the energy sector.